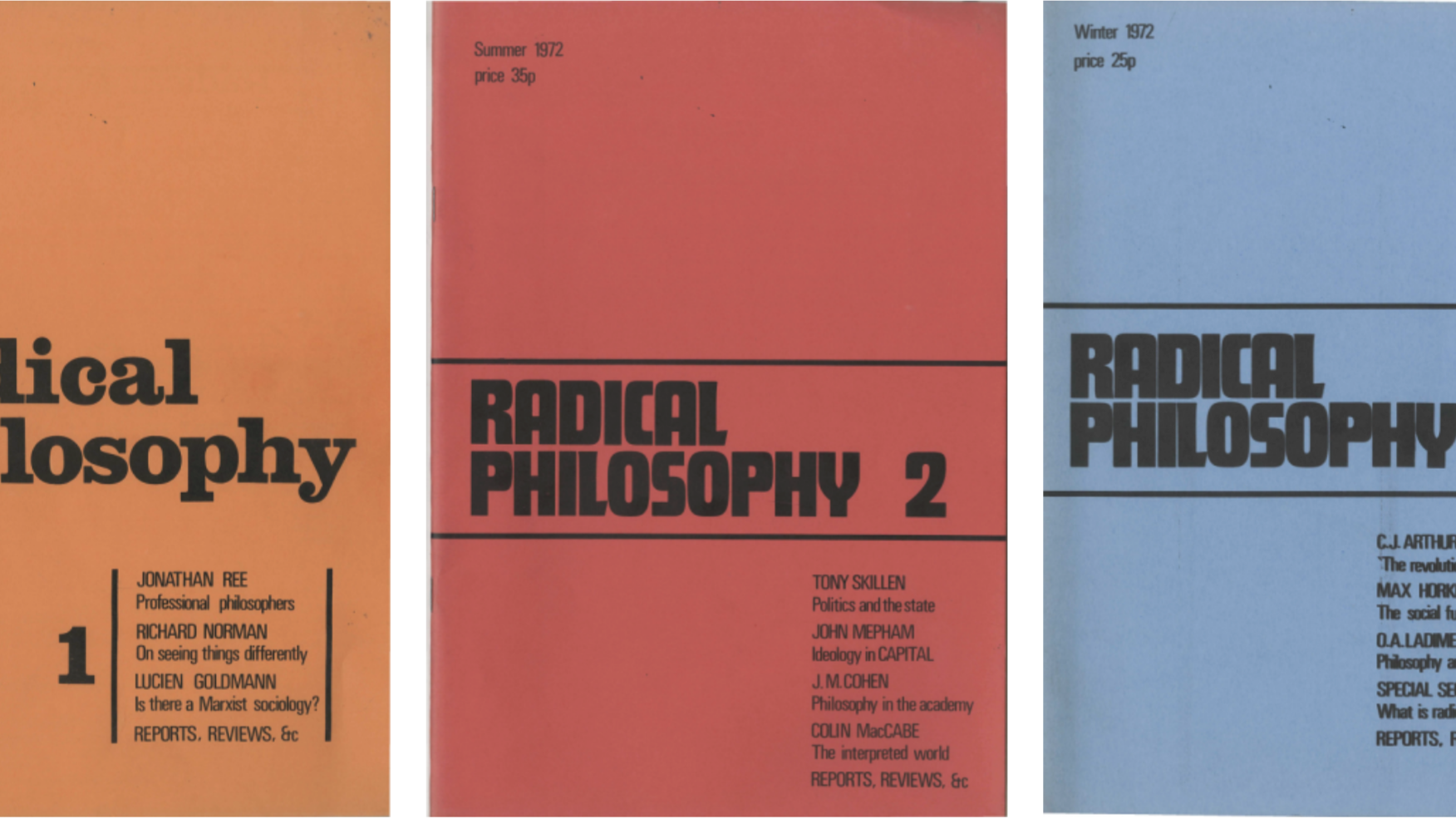 Radical Philosophy has published essays and interviews featuring many of modern philosophy’s prominent thinkers. Since 1972 the publication has engaged with most of the major movements of critique including feminism, critical theory, Marxism, phenomenology, post-structuralism, radical theology, post-colonialism, and more. Most major post-people appear in their pages at some point and you can read their work recreated on the digital page (ocr scanning) or indeed experience something closer to the material aesthetic by downloading pdf’s of original print issues. A broad range of radical thought is available, taking you all the way back to their very first issue.

“In this new form, Radical Philosophy remains, as it has always been, a collectively edited, independently published and self-produced journal – but one with what is, we hope, a renewed editorial energy and collaborative ethos (if with no less philosophical rigour or critical bite). The longer and newly designed print journal, which will generally appear three times a year, is accompanied by a new website through which we will now be publishing all of our content in freely available form. At the same time, the archive of the last forty-five years of Radical Philosophy, all the way from issue 1 to 200, is being made fully open with downloadable pdfs of everything that we have published since 1972.

In the Founding Statement of the Collective published in our first issue, the journal’s aim was articulated as one of challenging a situation in which philosophy had been made ‘into a narrow and specialised academic subject of little relevance or interest to anyone outside the small circle of Professional Philosophers’. Yet such a challenge was never about just a simple widening of the discipline. Instead, Radical Philosophy has always been about a breaking down of those fundamental institutional divisions that have so impoverished philosophy itself by separating it off both from other knowledges and from a wider political and intellectual culture of the left. The need to elaborate what Adorno once called a philosophising beyond philosophy, whether or not it originates in actual departments of academic philosophy, remains as relevant a task today as it did in 1972.” — Radical Philosophy Collective.