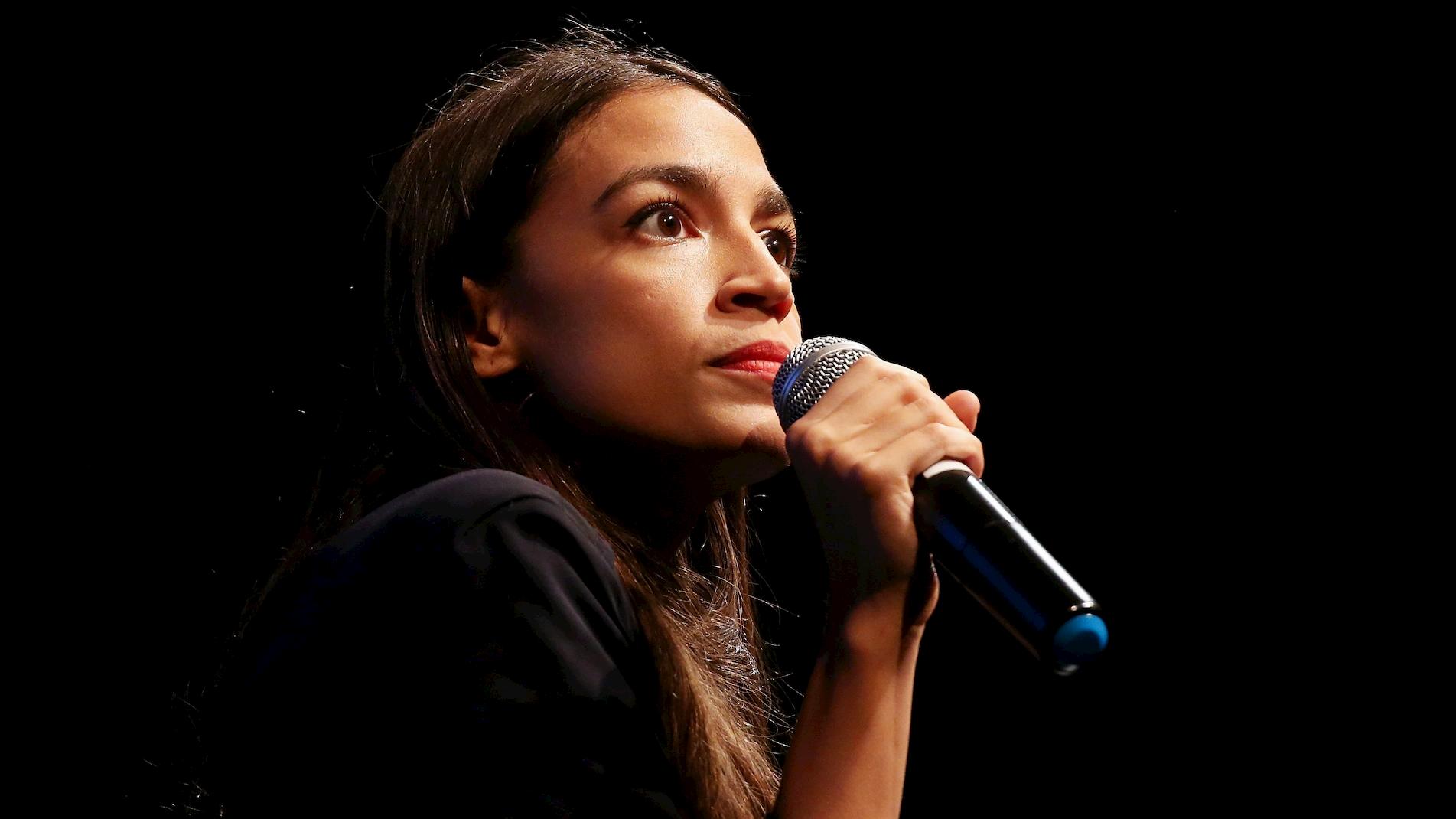 Alexandria Ocasio-Cortez speaks at a fundraiser on August 2, 2018 in Los Angeles, California. Photo by Mario Tama

The rise of US Congresswoman Alexandria Ocasio-Cortez has had a profoundly positive impact on me. I was buzzing after watching Knock Down The House, a documentary that follows AOC along with three other progressive female challengers in their campaigns to be elected to Congress. The particular sensation of watching a fellow young Latina woman entering politics and gaining a global platform is new to me. It makes me feel like I can do something transformational and that perhaps politics is for someone like me. This is not a feeling I get very often when watching BBC Parliament. AOC makes me feel represented.

Discussions over representation are filling our screens as the mainstream media has woken up to the fact that women, BAME, LGBTQ+, working class and disabled people are underrepresented in almost every area of public life. There have been some attempts to rectify this, but many, myself included, are frustrated by the slow rate of progress, the circular conversations and the lack of meaningful transformation.

Shouldn’t everything be getting better for more people? A recent report revealed that one fifth of the UK population live in poverty and in 2018 public sector BAME staff in London were paid up to 37% less on average. Since the EU referendum, racism is on the rise and women’s rights are being rolled back.

Categorisations can be restrictive, diversity is being commodified, and tick-boxing is clearly not in itself transformational. Increasingly, people are realising the limits of a Sheryl Sandberg style of feminism in which “leaning in” to power dressing and profit making might make someone a CEO or perhaps even Prime Minister, but does nothing to enact the necessary structural change to prevent oppressive hierarchies and exploitation. Often the very reason someone is able to enter into a powerful position is because their views uphold a status quo that relies on the oppression of others. (Check out Dawn Foster’s Lean Out for a take-down of Sandberg’s corporate feminism). You might be able to buy T-shirts saying “This is what a feminist looks like”, but exactly how much were women in the Global South paid to make them? If discussions over representation do not consider most of the world’s population, what does this mean for global (in)justice? There is a dangerous misconception that hitting representation quotas means that transformation has already occurred; that exclusive institutions are suddenly devoid of discrimination and exist outside of the usual structures of power. Yes, you might have a diverse workforce, but do you pay your cleaning staff the living wage?

So if things aren’t getting better, is there any point in still talking about representation?

I think there is, but we need to consider more deeply what it means to represent.

The first 3 dictionary definitions of “represent” are: “1 a to serve as a symbol or sign for something • b to stand for something or correspond to it • 2 to speak or act on behalf of (someone else). 3 a to be a good example of something; b to typify something”.

Even a standard dictionary definition is provocative.

Representation needs to be about more than hollow slogans or passive images. To stand for something and to be a good example demands a commitment to embodying values that actually benefit others. Representation is political. It goes beyond the constructed identities of individuals and asks that they stand in solidarity with others experiencing injustice. To do this requires investigating the multiple and particular ways exclusion plays out. It necessitates moving away from discussions that present representation as an issue of prejudice and instead calls for focusing on systemic power relations joining the dots between racism, capitalism, patriarchy and colonialism.

Alexandria Ocasio-Cortez represents. She communicates with a clear sense of fair play and an integrity that speaks to people. Yes, I feel represented by AOC because of her background as a young woman of Latin American descent. But it goes far beyond this. I feel a connection to AOC because of her policies. AOC is uncompromising in her critique of undemocratic political structures, she is clear and compelling in her arguments for economic and social equality, and she is supportive of urgent calls to build a greener, fairer world. From critiquing facial recognition surveillance to denouncing Islamophobia and championing #MedicareforAll, she is advocating justice in multiple and intersecting ways that serve the public. All of these are issues relevant to the UK, where we are seeing the erosion of the NHS, increased police usage of facial recognition technology and a huge rise in anti-Muslim racism. In a world where politics and power are dominated by an elite minority, AOC’s voice and presence give me and many others hope. The impact of seeing someone gain a global platform who is making a sincere effort to represent others is immeasurable.

Of course, there are contradictions here. AOC represents, but (unfortunately for me) she does not technically represent me. I grew up in Bristol not the Bronx. And perhaps I have more in common with most UK politicians (but then again perhaps not). US politics gets a disproportionate amount of global attention, meanwhile movements in the Global South have resisted oppressive structures and provided alternatives to neoliberalism for decades without the same international publicity.

I see AOC breaking down barriers and leading a movement as part of a rich tapestry of global resistance to oppressive power. Her election and popularity are markers of a public will for change. Nonetheless, it is important to remain conscious of the enormity of the task of creating systemic change and not to fall for the mirage of shallow representation. And changes and movements happening outside of official structures are just as vital. At the same time, we need not harbour a cynicism that causes us to underestimate or discredit the significance of real representation when it arises.

It is possible to remain critical and vigilant while still supporting momentous shifts that address the needs of more people. Seeing ourselves in the people who enact our power is an integral part of this change.

Read > Educating for Freedom: in praise of Freire

Maria Askew has a MSc International Politics from SOAS University. She is currently researching alternatives to neoliberalism, social movements in Latin America, borders and decoloniality.

Kimerer LaMothe
Share this ArticleLike this article? Email it to a friend!
Email sent!