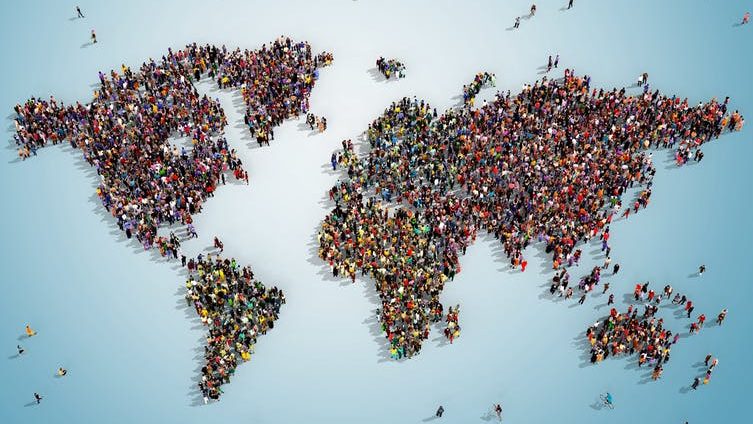 In its new special report on climate change and land, the IPCC calls for more effective and sustainable land management, and more sustainable food consumption. But who is the onus on to go vegetarian, or look after land better? You, me, the “global elite”? The world’s poorest people, or perhaps the many millions of newly-wealthy Chinese or Indians? Or maybe our governments?

The answer depends on how you interpret the report, which can be read in two ways. On one hand, it is a moral call for individual consumers and food suppliers to become more sustainable. On the other, it is a call for governments to promote sustainable food consumption and production choices.

This is not an either/or situation – the report should be read in both ways but with recommendations for different population groups. To wit, whether someone is individually responsible for taking on board the IPCC’s recommendations depends on the extent to which they are subject to one or more of three forms of inequality.

1. Not everyone can afford to eat veggie or local

First and foremost, massive global wealth inequality affects the extent to which individuals and communities are able (or, rather, should be expected) to implement the recommendations of the IPCC report. It’s a lot easier to go vegetarian when you have the money to eat what you like. In the Global South, many have not benefited from industrialisation, while remaining in even more need of implementing measures to counter climate risks. Even in the more affluent countries of the Global North, many people live in abject poverty and have to make tough choices as how to spend their limited resources.

This highlights the need to make sustainable food accessible and not just available. The authors of the IPCC report acknowledge as much, emphasising how rising costs may lead to undernourishment as people turn to cheaper replacements, such as fast food. This is why sustainable food must be promoted alongside poverty alleviation. In the Global South, green growth must be priority as long as it includes local stakeholders, who are often experts on sustainable land management.

2. Some people emit more than others

Carbon footprint is highly correlated with inequality. As a 2015-report by Oxfam showed, the top 10% of income-earners, mainly living in affluent countries, are responsible for almost half of global greenhouse gas emissions, while the bottom half are only responsible for 10%. Even within affluent countries, there is a big divide between rich and poor. In other words global warming is not driven equally by everyone, but rather is highly correlated with income.

Of course, this does not mean that we should encourage unsustainable living in less developed countries. Rather, we should recognise that the consumption and production patterns of the world’s worst-off are not necessarily unsustainable. Although the world’s high and upper-middle income countries are home to about half the population, they are responsible for 86% of emissions. In comparison, Africa is home to 16% of the world’s population, yet only emits 4% of the global total. Meanwhile the very poorest countries – 9% of the global population, or 700 million people – emit just 0.5%. (Tellingly, the average per capita emissions of North Americans is more than 17 times that of the average African.)

Consequently, it would be possible to add several billion people in low-income countries, where population growth is already the highest, without massively changing global emissions, while adding just one billion individuals in high-income countries would increase global emissions by one-third. As the income of less-affluent populations grows, however, it does become necessary to encourage more sustainable practices.

3. People are not equally vulnerable

But less-affluent people in the Global North aren’t entirely off the hook. While inequality of income and carbon footprint does mean they are absolved of some responsibility to act more sustainably, this group still benefits from better infrastructure and more equitable institutions which should shelter them from the worst impacts of climate change. Conversely, inhabitants of low and middle-income countries, especially those in fragile environments like rainforests, mountains or coastal regions, are particularly vulnerable.

So while taking action to mitigate climate change is necessary, we cannot lose sight of the fact that many communities require financial and institutional support to adapt to existing changes to their local environment as well as to build resilience to near-certain climate risks in the future. While most people in the Western world are still only beginning to see and feel the effects of climate change, they must continue to commit resources to those most vulnerable and worse-off communities, who are often invisible to them.

In sum, whether someone can be held individually responsible for taking on board the IPCC’s recommendations crucially depends on whether they are able to do so without risking their life, livelihood, or well-being. Because inequalities in income, emissions, and vulnerability to climate change are still widespread, the report must first and foremost be read as a call for governments to make sustainable consumption and production options accessible. Addressing climate change and food security must go hand in hand with addressing global and local socioeconomic inequalities.

Click here to subscribe to our climate action newsletter. Climate change is inevitable. Our response to it isn’t.