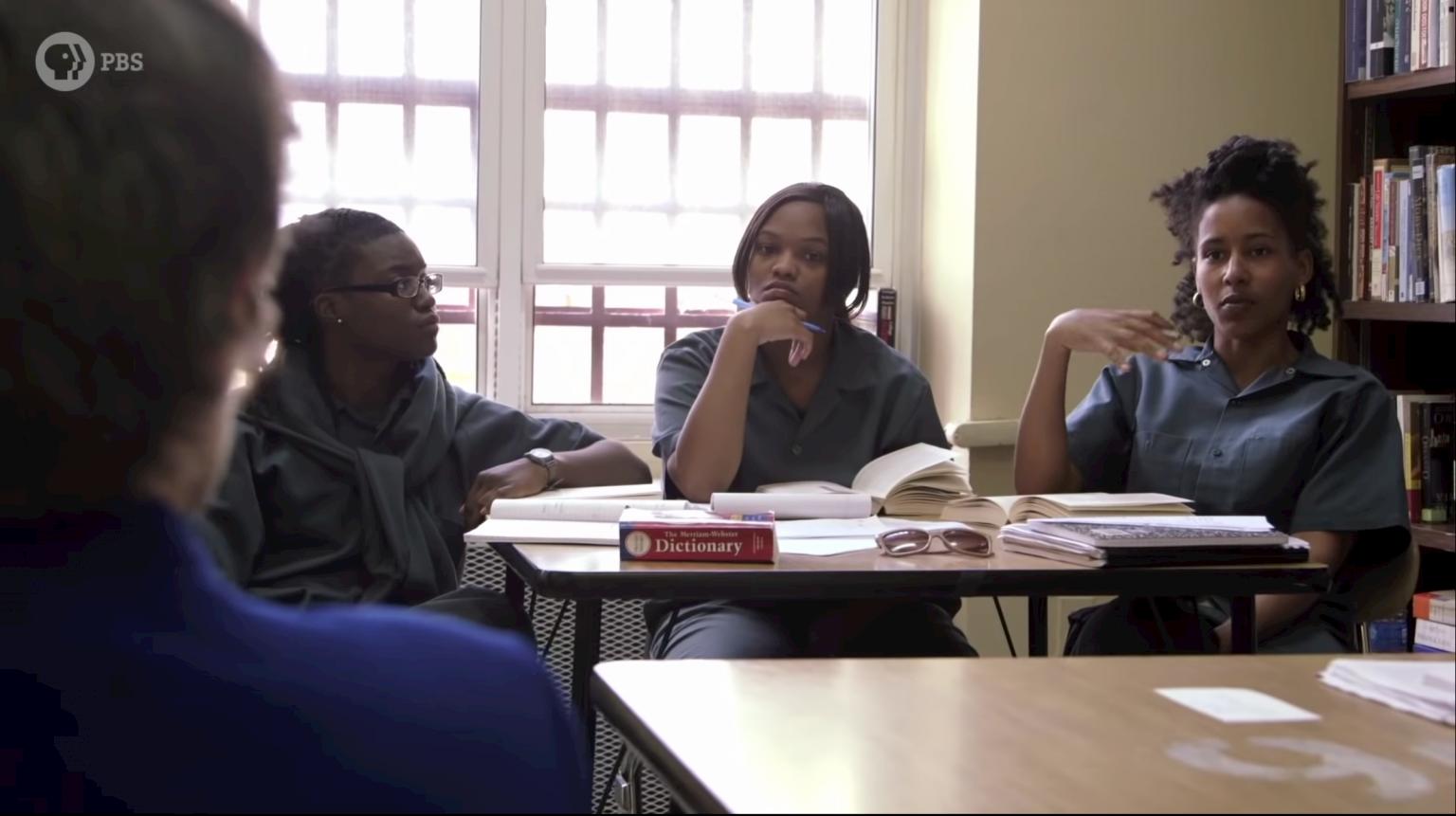 What is prison for? Should it include a college education?

Those two questions are at the heart of “College Behind Bars,” a new documentary that aired Nov. 25 and 26 on PBS. The documentary – by Lynn Novick and produced by Sarah Botstein and Ken Burns – offers a rare, up-close look at how offering higher education in a correctional facility can change lives.

The Bard Prison Initiative, a college-in-prison program in New York state, is the focal point of the documentary.

As a political science scholar who has taught behind bars – and as one of the first student volunteers for the Bard Prison Initiative – I’ve seen firsthand the transformative power that prison education programs can have.

My first experience with the Initiative came in the early 2000s when I was an an undergraduate at Bard College. Back then, I volunteered at Eastern Correctional Facility, where I tutored a social science class; and at Beacon Correctional Facility, a women’s minimum security prison, where I helped lead a writing workshop. Both prisons are located in New York state. It was powerful to see how students acquired new skills for analysis and self-expression – and how it allowed them to engage differently with their worlds.

In 2017, after becoming a political science professor at Emerson College, I used my experience and the Bard Prison Initiative as a model to launch the Emerson Prison Initiative. The idea behind the Initiative is to expand access to higher education to incarcerated people in Massachusetts.

Even if you don’t view education for the incarcerated as a worthy social justice issue, it is – at a minimum – a matter of saving taxpayer money.

Massachusetts taxpayers, for instance, pay an average of US$45,000-$70,000 per year to incarcerate someone in state prison. This is about the same amount that it would cost to attend Emerson.

Whereas the vast majority of formerly incarcerated people – five out of six – end up getting arrested again within nine years, among graduates of the Bard Prison Initiative, 97% never go back to prison.

What prison should do

The new “College Behind Bars” documentary goes deeper than dollars and sense, though. It pushes viewers to consider the purpose of prison and who has access to education.

These questions are all the more important given the fact that one in two adults, according to the advocacy group fwd.us, has had a family member in jail or prison at some point. Of the 6.6 million adults incarcerated or under supervision – that is, in jail, prison, on probation or parole – nearly 2.2 million are actually behind bars at any given time.

In theory, incarceration is supposed to deter people from committing further crimes. But recidivism – or reverting to crime after being released from prison – can be as high as 83%.

This raises questions about whether correctional facilities are, in fact, correctional in nature. In my experience – and based on what the research shows – correctional facilities are more effective when they provide education. For instance, a 2014 Rand Corporation study showed that educational programming of any type reduces recidivism by 43%. The same study found that educational access, rather than particular characteristics of students, is what breaks recidivism.

But it can’t be just any kind of education. The Bard Prison Initiative, for instance, rigorously applies the same high standards used at Bard College to its college in prison. The same is true for the Emerson Prison Initiative that I founded. To get into the program, which is offered at Massachusetts Correctional Institution at Concord, students are vetted in an admissions process that includes a timed essay, scored by a panel of five faculty and administrators, and a second round in-person interview. Applicants are not asked to say why they are in prison, but rather to demonstrate what they want to do with their minds.

Students in the Emerson Prison Initiative are working on an interdisciplinary bachelor’s degree in media, literature and culture. Faculty teach courses in topics that range from world theater to business mathematics. The bachelor of arts at Concord follows the same requirements as a degree from Emerson College. Assignments are also graded the same they are at Emerson College. Graduation for this first group of students is planned for summer 2022.

The vast majority of students in the program will ultimately be released back into society. This brings to mind a question raised by one of the women featured in the “College Behind Bars” documentary. To paraphrase, she said: Who do you want to be your neighbor? The person who gets released, moves next door and is going to plot on your house, or the one who got educated inside, gets a job when they come out and now you have barbecues together?

The other day, students in the Emerson Prison Initiative had a chance to screen “College Behind Bars.” The documentary prompted them to reflect on what it means to have access to college education in prison.

One student, Maurice, stated: “Before, I had nothing. No visits. No understanding of my situation. No purpose or guidance. I was on a path for destruction. An opportunity was presented and my life has changed dramatically since being enrolled in the Emerson Prison Initiative. It is my life.”

Another student, Kevin, stated that the Emerson Prison Initiative has given him a new sense of purpose.

“For the first time in my life, I know what I want,” Kevin said. “What’s the point of being physically free if not mentally? It’s through education that I’ll be liberated. And that’s what I want.”

After seeing Bard Prison Initiative students in the film discuss how they apply skills from college, Mac, who prepares his course work on a typewriter, says “The limits of my degree are only set by my own thinking.”

People released from prison with college degrees are much more likely to find gainful employment, support themselves financially, pay taxes and contribute to their communities. This shows that educational access behind bars creates opportunities that contribute to the public good, save taxpayer dollars and makes society safer and more prosperous.

Mneesha Gellman is Associate Professor of Political Science in Emerson College's Institute for Liberal Arts and Interdisciplinary Studies. She does research on the rights of minority and vulnerable populations in the US, Mexico, El Salvador, and Turkey, all in the context of political violence, with an emphasis on institutional violence.