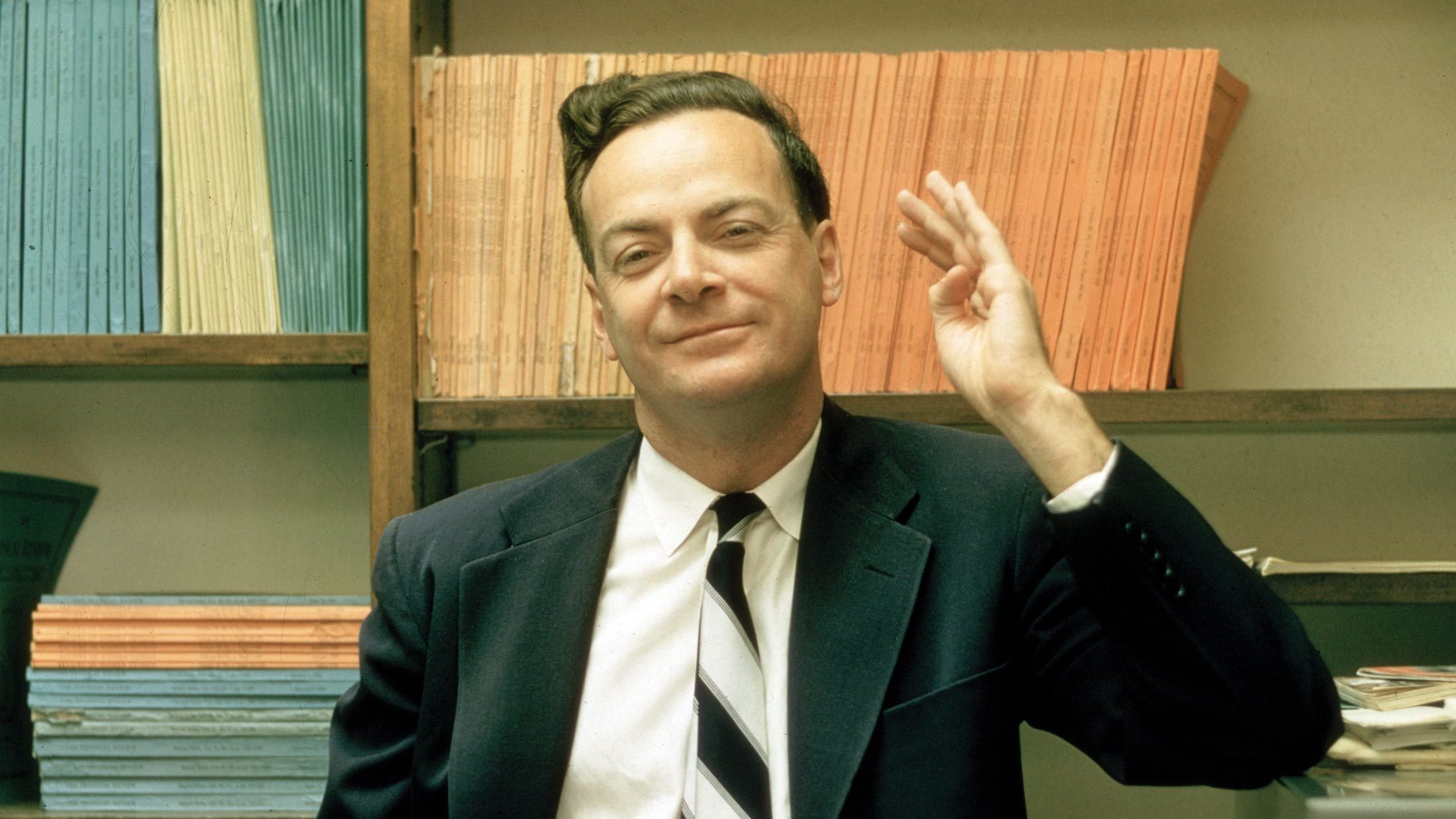 Richard Feynman was a remarkable teacher. Of all his numerous awards (including the Nobel Prize in Physics) ‘he was especially proud of the Oersted Medal for Teaching, which he won in 1972. The Feynman Lectures on Physics, originally published in 1963, were described by a reviewer in Scientific American as “tough, but nourishing and full of flavor. After 25 years it is the guide for teachers and for the best of beginning students.”’

He gave the lectures between 1961 and 1964 to all Caltech undergraduate students no matter their major. Student’s who attended these lectures describe something remarkable: “It was like going to church.” The lectures were “a transformational experience,” “the experience of a lifetime, probably the most important thing I got from Caltech.” “I was a biology major but Feynman’s lectures stand out as a highpoint in my undergraduate experience . . . though I must admit I couldn’t do the homework at the time and I hardly turned any of it in.” “I was among the least promising of students in this course, and I never missed a lecture. . . . I remember and can still feel Feynman’s joy of discovery. . . . His lectures had an. . . emotional impact”.

Despite the experiences described by the students Feynman didn’t think he ‘did very well by the students’. And noted that this was often down to a system of education centred on exams. But he admits, quoting Gibbon, that “The power of instruction is seldom of much efficacy except in those happy dispositions where it is almost superfluous.”

For teachers and students Feynman offers both consolation and hope: ‘I think, however, that there isn’t any solution to this problem of education other than to realize that the best teaching can be done only when there is a direct individual relationship between a student and a good teacher—a situation in which the student discusses the ideas, thinks about the things, and talks about the things. It’s impossible to learn very much by simply sitting in a lecture, or even by simply doing problems that are assigned. But in our modern times we have so many students to teach that we have to try to find some substitute for the ideal. Perhaps my lectures can make some contribution. Perhaps in some small place where there are individual teachers and students, they may get some inspiration or some ideas from the lectures. Perhaps they will have fun thinking them through—or going on to develop some of the ideas further.’

The video below is part of a series recorded by the BBC called The Messenger Lectures. Given at Cornell in 1964 Feynman’s series focused on the Character of Physical Law, and this lecture, The Distinction of Past and Future, explores the philosophical and scientific curiosities of Time.

Watch > This is Water